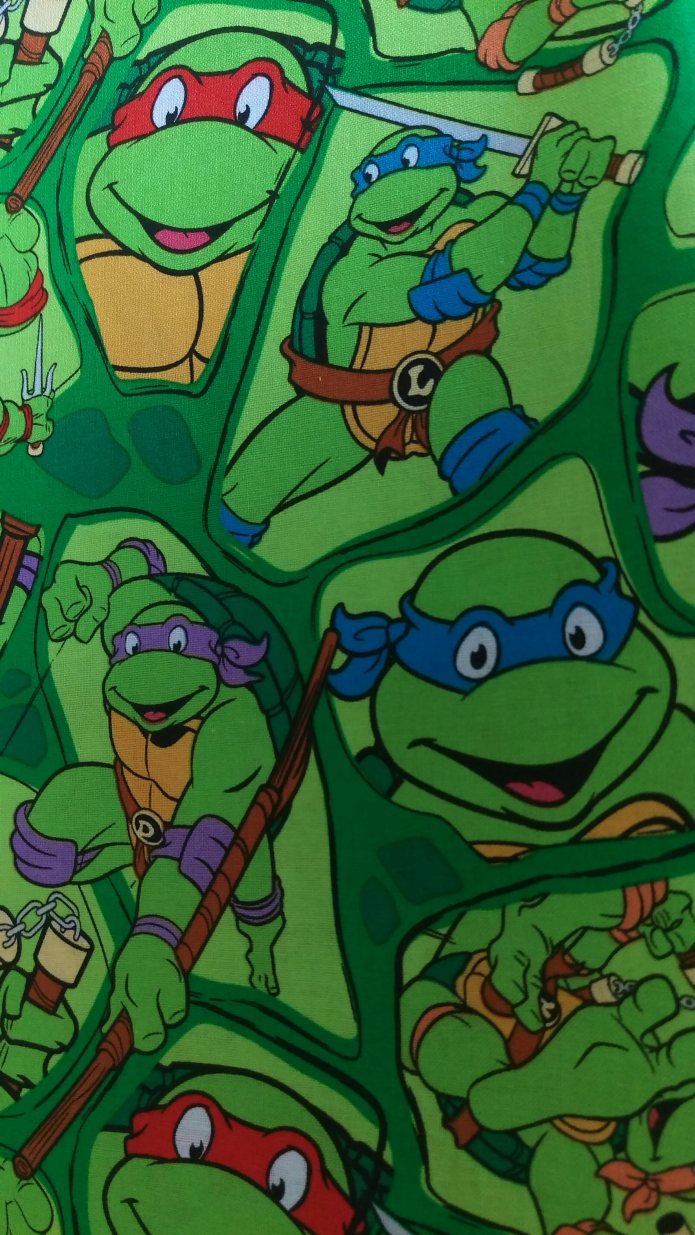 I’ve wanted to make something Teenage Mutant Ninja Turtle related for a while. But I never had the fabric. And my store never carried it. And for some reason, I never included it in my fabric orders. Everything about not being able to make something was my fault.

I honestly can’t really explain why I wanted to make something so much. TMNT was not my favourite thing as a child. I was just on the older side when it came out. And it was my brother’s favourite thing – so that immediately nudged it down my list. And he played that damn video game all the time. All the time. And for a while, the gaming systems were in my bedroom (sneaky, Mom and Dad, I didn’t realize the wisdom of your ways until I was taping it), so I just had to deal with the music and the fighty noises. I remember trying to play it, but I was terrible at it. Like legit terrible. I don’t really remember anything about it, except for the van driving around the screen.

But for some reason, as an adult, I’m drawn to the Turtle stuff – the original animation anyway, not these new versions. There’s something about the way it’s drawn and the vibrant colours that just makes me remember the best parts of being a kid. I liked that the characters had distinct personalities. I think your favourite turtle said something about the person you were going to grow into. I was always a fan of Donatello. I would have made a D dress first, but I didn’t have enough purple fabric. But I had a lot of blue! So instead I made a Leonardo dress. A teeny, tiny, ruffley baby dress. Eventually, I will make one to reflect each of the turtles, but for now, this one is pretty cute. 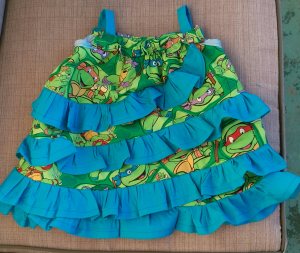